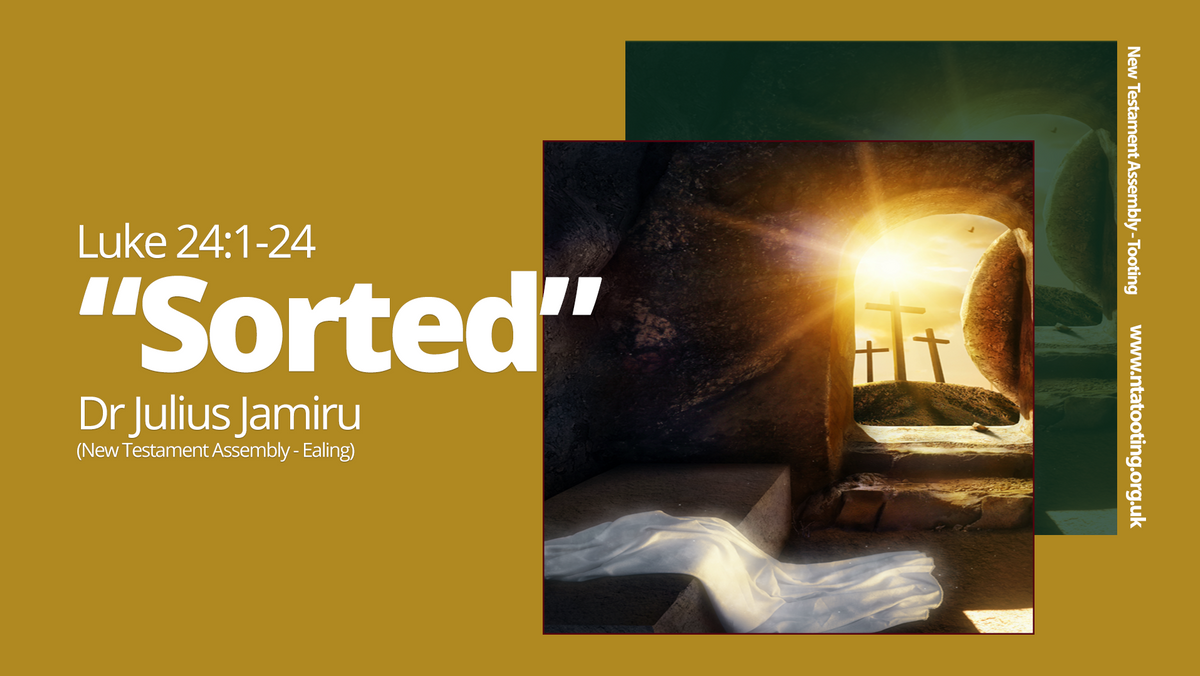 Main Thought: What is the greatest problem of mankind?

Is it hunger? Is it poverty? Is it homelessness?

All these are very serious problems of mankind today, and are responsible for a lot of unnecessary destitution, death and inequality, but they could be addressed with the right solutions and resources.

What then is the greatest problem facing our world today?

Is it climate change, infectious disease, cancer?  These are indeed very grave problems with often devastating consequences for the lives, health, and wellbeing of people. However, with the right structures in place and advances in scientific discoveries, they could be addressed if even in the distant future.

All these are very costly and often destructive challenges, but they are not the greatest problem facing mankind.

*THE GREATEST PROBLEM OF MANKIND IS DEATH* (1 Corinthians 15:26)

The reason why cancer is so devastating is because it ravages the body, could be incurable, and most importantly it drastically accelerates the process of death.

So, the greatest enemy of humanity is death: not your in-laws, not your neighbour, not your boss, not politicians, and not people of a different race or culture to you. All these are symptoms of a lost and dying world, but the greatest problem is death (Romans 7:24)

Humans have triumphed against the greatest odds and have fund the most extraordinary answers to the most impossible problems, yet the one problem we cannot solve is death.

Death is the one enemy that has eluded defeat, despite all our scientific advances. It remains elusive aloof, almost goading us and striking at will (Hebrews 9:27).

Death strikes when it wants, claiming one victim after another, almost daring the human race to reverse it. YET STILL – NO ANSWER

*At least that is what we are supposed to believe; but the story does not end there*

>There is one man whose supernatural birth was foretold by God almighty, in the garden of Eden (Genesis 3:15); spoken of in the law and the prophets, born of a virgin, crucified for all mankind, and confirmed to be the Son of God, by defeating death and the grave, and rising from the dead (Romans 1:4).

>On that Easter morning, those women, though people of faith, were used to the problem of death: they had prepared to visit death, and marvel at death, and make death smell nicer with incense (Luke 24:1).

But when they showed up n death’s turf, life was there waiting for them.

>The angels who had seen jesus submit his body to death so that he could take on death on its own territory. They had witnessed the battle as Jesus entered the headquarters of death, hell and the grave; subdued them and took the keys of life and death.

With this glorious news in mind, the angels asked in amazement: “WHY SEEK YOU FOR THE LIVING AMONG THE DEAD?” (Luke 24:5)

**JESUS PROVED THAT HE IS THE SAVIOUR OF THE WORLD BY TAKING ON DEATH ON ITS OWN TERMS, AND PROVED HIS VICTORY BY RISING FROM THE DEAD.

Hence the power of eternal death was broken but the sting of physical death still remains ( 1 Corinthians 15:55&56): and that is what individuals and families are experiencing all over the world today.

**BECAUSE JESUS ROSE FROM THE DEAD, HE WILL RETURN TO SILENCE DEATH IN ALL ITS FORMS, AND THOSE WHO BELIEVE IN HIM WHETHER STILL ALIVE OR DEAD, SHALL BE RAISED WITH INCORRUPTIBLE BODIES TO BE WITH HIM FOREVER (1 Corinthians 15:54).