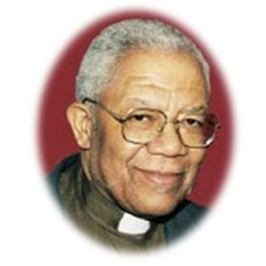 Melvin Lea Powell was born on 24th November 1931 to Hilda Roberts and Allan Powell in the Parish of St Elizabeth on the beautiful island of Jamaica. His gift of versatility led him into various areas of learning and the mastery of several crafts including farming, shoemaking and a furniture craftsman. By the age of 21 years old he was a self-employed entrepreneur.

In 1947 as a teenager Melvin Powell accepted Jesus Christ as his personal Saviour and Lord and there began the building of a faith and a relationship that would weather many storms and to which he would remain true until he finished his journey 4th November 2008 at the age of 77.

There was a distinct call of God on his life and at the age of 19 years Melvin Powell was ordained as a deacon and served his local church in Portland as well as across the Island. High unemployment was a major concern on the Island during the 1940’s. And so news of a United States Government foreign workers recruitment drive for farm workers attracted many young Jamaicans including Melvin who worked across several states along the Eastern seaboard. During his time in the USA Melvin seized the opportunity to better himself through study and successfully gained a Diploma in Theology at the Cleveland Bible College in Tennessee.

It was also while in the United States that Melvin encountered a new experience that personally impacted him and would greatly influence much of his future direction. He discovered that racism and segregation between black and white was not just a societal evil but existed within the church of which he was a member. This disturbing finding led to his departure from that denomination. On his return to the Island, Deacon Melvin Powell became one of the founding members of the New Testament Assembly in Jamaica and was subsequently ordained as one of its Pastors in 1955. 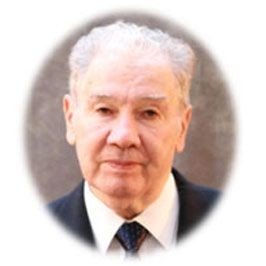 Whilst ministering in the Parish of Portland, the paths of Pastor Powell and a young fiery charismatic preacher named Donald E Bernard crossed. The two were to become lifelong friends and partners in ministry. Portland remained a special place in Pastor Powell’s heart because it was here he met his lovely wife Amy Rose whom he married in 1956 and attributes much of his success. Melvin and Amy Rose Powell enjoyed a long and successful marriage that produced six children Martin, Delroy, Roselee, Marcia, Paul and Alethea.

Partly, driven by a desire to provide for his young family and to give them a better life, in the spring of 1961 he took the courageous decision to leave the Island of Jamaica and his beloved wife and children for England. Unlike many of the thousands of migrant workers whose original intentions were to return after a short time in England, Pastor Powell sought to know God’s purpose. The first hand experiences of prejudice, discrimination and blatant racism that he and fellow migrants witnessed in England only served to confirm the call of God on his life.

In the same year Pastor Powell was reunited with his good friend, now Pastor Bernard along with his beloved sister the late Revd Dr I O Smith. The Powell and Bernard partnership wasted little time and with the able assistance of their trusted friend the late Revd Alfred Doyley the New Testament Assembly England was founded and grew from meeting in a living room to a thriving organisation with sixteen churches in London and the Midlands. With integrity of heart and skilful hands he led the organisation to gained international recognition and in 1993 Bishop Powell was appointed to the office of International Presiding Bishop with oversight for churches in England, Jamaica, USA, Canada, India, Ghana and South Africa.

Bishop Powell was a man of foresight, he created a financial plan and strategy that would enable the organisation to purchase several freehold properties. It is largely due to his financial acumen and good judgement that the organisation today owns in excess of ten million pounds (10,000.000) of freehold property a great achievement and a legacy for which we are immensely proud.

Bishop Powell was a man of remarkable meekness who did not seek to compete with other ministries but would always reach out a hand of fellowship to fellow workers from various denominations. It was out of this spirit of unity that lead Bishop Powell in 1984 together with the late and great bridge builder Revd Phillip Mohabir and other key leaders to the formation of the African & Caribbean Evangelical Alliance (ACEA) which during its time was the leading umbrella church organisation representing the fastest growing membership for Black Majority Churches.

Bishop Powell was a man of compassion who took the Prophet Micah’s challenge seriously to act justly and to love mercy. He ensured and continually reminded us to be mindful of the poor, the less able and those who were marginalised. His determination to see that the elderly within our community live out their years with care and dignity lead to the establishing of the Tooting Neighbourhood Centre which still remains as one of the borough of Wandsworth’s flagship community organisation. The Centre working with the local government provides vital services to the elderly as well as those with mental health challenges.

Bishop Powell’s integrity, sound character and good conduct has exemplified him amongst his peers. Those who knew Bishop Powell would agree that he was an outstanding leader, a loving father, a generous and caring husband, a visionary and a man gifted with tremendous wisdom. Yet amidst his many achievements he lived holy and walked humbly before his God.

We will never forget Bishop Melvin Powell, apostle, ‘Patriarch’, and one of God’s generals. He came he saw and he conquered. His was a good fight and a mission accomplished. He kept the faith and has now sat down with the cloud of witnesses and the innumerable host of angels. He has received a crown of righteousness and has heard those eternal words from lips of Jesus; ‘Well done thou good and faithful servant’.

No events have been found.